Since Christmas I have been living the life of both Bon Viveur and Blogger, with a level of commitment normally seen only in a Spaniel climbing into an open refrigerator.  But now there is a new and exciting role that demands an equal, but possibly more measured, commitment.  I have accepted a position as Business Analyst at the London head offices of Knight Frank, the global estate agent; but this does raise two important questions concerning skills and style, and I invite your comments and suggestions on my blog.

First, there is the matter of adopting a suitably stylish mode of transport to promote the urban executive image.  Should I travel by a combination of Car, Trains and Tube, with a copy of The Times sticking jauntily from a pocket of my  backpack?  And, if so, should I buy one of those folding bicycles in which Ian Fletcher (former Head of London Olympics Deliverance and now Head of Values at the BBC) continually traps his fingers, as a means to avoiding that dreadful descent into Hades? Or should I don a three-piece suit and ride a scooters all the way from Chertsey to Baker Street, with Gerry Rafferty’s song of that name streamed to my in-helmet ear-piece?

The second matter is how to put the knowledge acquired over the past four months to good use in my new job.  A quick glance at my blog will reveal that I have acquired knowledge a wide range of subjects from Biodiversity in the Jellyfish world to the scientific and plotline failures of  Superman movies.

One as yet unpublished article, that I have been working on since before Easter, is an explanation of how long a day is.  Strange to think such an article could take that long or that the answer might be anything more interesting than, “24 Hours”; but as it turns out, not only are there different types of day, but the Solar Day (with which we’re mostly familiar)  only averages twenty-four hours, and can vary in length by up to 50 seconds.  I have set myself the target of publishing this by the time I start my new role on 4th May. 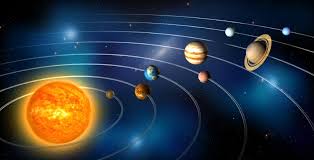 I confess, I am at a loss as to how I can my newly acquired knowledge to good use as  Business Analyst for a global estate agent – but I look forward to your suggestions.

4 thoughts on “Back to Work”

Things that trouble me or have a funny side. And WordPress help from Widget Dave.

I publish every Wednesday, some Saturdays and occasionally on other days, too.

I forsook science, journalism and the circus to become a software developer, blogger, fading tennis player and improving curmudgeon. No regrets, but I sometimes miss my unicycle.

The pufferfish is more romantic than you.

Does it trouble you?

I write books--cuz I love words. Sometimes they love me back.

Discover all the creative and ingenious ways to save money !

The Art and Craft of Blogging

The latest news on WordPress.com and the WordPress community.